Katrina Monroe’s Sacrificial Lamb Cake is a rollicking farce in the mode of Christopher Moore. If you take your religion seriously, this may not be the book for you, but if you are open to the idea of the second coming arriving in the form of lesbian waitress/artist from a family of ecoterrorists, then you’ll love this book. The author envisioned God as corporate CEO of “Trinity Corporation” and I thought the whole conceit of heaven as a business played out as a witty statement on big money mega churches. Like Moore, Monroe’s book is well researched and knowledgeable about the biblical stories it drew from. Irreverent? Yes. Hilarious? Yes. Read this, and I predict we can have a book club meeting with the author on a cozy bench in Hell someday.

I wasn’t familiar with the Rogue Angel series by Alex Archer, but I had acquired a book from the locally based author of this particular entry. Alex Archer is a pseudonym and many authors write for this series centered on an archeologist, Annja Creed, who also wields Joan of Arc’s battle sword. I read “The Matador’s Crown” which is somewhere in the 30s. These books are intended as stand alone titles and I had no trouble catching on to the concept quickly. It was okay. The mechanics were fine, but content-wise, it was below my background knowledge level. I’d have no trouble sharing this with my tween, but I prefer my archeology books to delve a little deeper into the history.

The absolute standout for me, in what has been a pretty terrific month of reading, is Dear Committee Members: A Novel by Julie Schumacher. Covering the span of one Minnesotan college’s academic year, this is a book that tweaks the epistolary form so that it is written entirely in Letters of Recommendation from a worn out academic. Who know you could put together so much plot in a series of letters that at first seem unrelated? This book reminded me of what I loved about being in grad school, but also why I am okay with my decision not to pursue academia as a career.  It was painful and brilliant and funny, often at the same time. Few books make me snort coffee out the nose. This one did and that (in my mind) is high praise.

Overall, “Read Local” month was a success. I read four new-to-me authors and visited a dear literary friend. I learned some history about my adoptive state of Minnesota, and also found a lot of humor. For a low-glamor state, Minnesota has a lot of talented writers. Maybe the long winters help foster creativity. All I know for sure, is I will seek out more books from local authors after this. 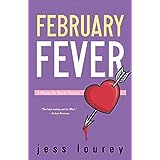 Since my local farmers’ markets won’t open for awhile I’m declaring March “Read Local” month. For me, this means a month long focus on Minnesota authors.

I have a few others tucked away too. I loved Jess Lourey’s Murder by Month series even before I moved to Minnesota, so I’m looking forward to that one first. The heroine, Mira, is my Minnesota gardening guru. I’ll post my progress (and reviews) from time to time.

Comment below if you wish to share in the “Read Local” fun. All I ask is you make a commitment to read local for a month and share any great books you encounter.  This post is as good a place as any keep comments, so I’ll pin it for March.  Thanks for playing.